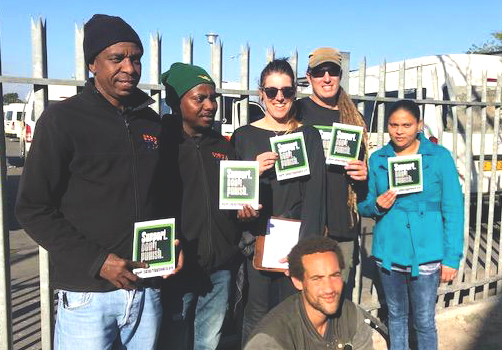 As part of the Support Don’t Punish Global Day of Action, our very own MJ Stowe joined the Step Up Project on a day of outreach to the beneficiaries of their needle and syringe programme (Fig. 1). The Step Up Project provides evidence-based mobile HIV/TB/STI prevention to people who inject drugs, using a harm reduction model. The aim of the day’s outreach was to introduce on-site drug safety testing using the Rapid ResponseTM Fentanyl Test Strip (BTNX, Inc.) to service beneficiaries of Step Up Project’s needle and syringe programme.

The contamination of drugs that are currently illegal to use, such as heroin, with fentanyl and its analogues makes it difficult for even the most experienced drug user to anticipate and mitigate the likelihood of overdose. While no cases of fentanyl adulteration have been reported in South Africa to date, the severity of the opioid overdose epidemic in North America and other countries, makes this issue of global importance.

Service beneficiaries of the Step Up Project’s needle and syringe programme were introduced to what fentanyl is and what the associated risks are. The beneficiaries were informed that fentanyl, a synthetic opioid, can be up to 50 times more potent by weight than heroin, with a rapid onset of action and relatively short duration of effect. Furthermore, the beneficiaries were introduced to the occurrence of fentanyl-contaminated drugs, specifically in the United States of America, where fentanyl and its analogues have been detected in prescription opioids such as OxyContin, as well as stimulants including cocaine.

Recently, there have been calls for promoting on-site drug testing as a means of detecting fentanyl to prevent unintentional fentanyl use and related overdose risk3. Fentanyl self-test strips (i.e. lateral flow immunochromatographic assays), when dipped into a solution containing a dissolved substance (i.e. drugs), can indicate the presence of fentanyl and certain analogues (Fig. 2a). A limitation of the test strips is that they do not give any indication of how much fentanyl – or fentanyl analogues – is present. Additionally, if a test result is negative, participants are informed that the test strip only tested for fentanyl and some analogues and their negative test result could not ensure that their drugs were not adulterated with other substances which could be more potent than fentanyl (e.g. carfentanyl). This description of the test strip, as well as its limitations were provided to the service beneficiaries. 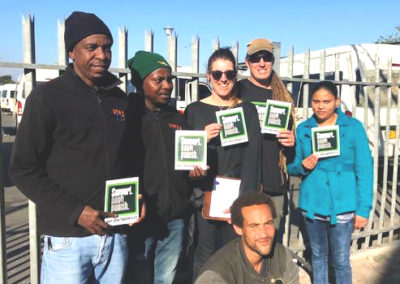 Group members from the Step Up Project and Youth RISE. 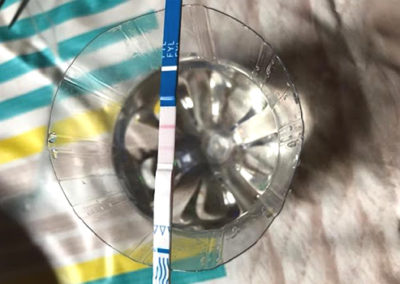 Result showing two red lines on the test strip, which is a negative result for fentanyl. 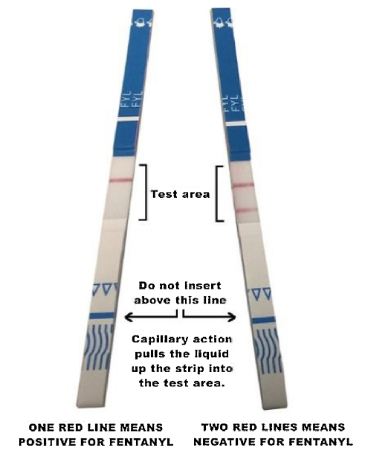 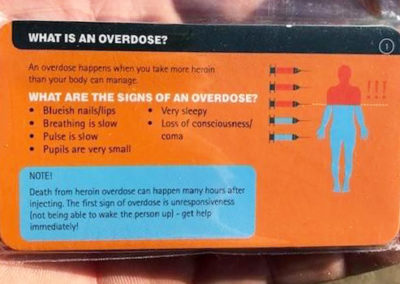 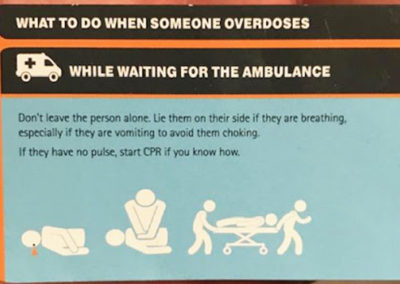 describes what to do when someone overdoses.

You have Successfully Subscribed!